A word on wealth and money 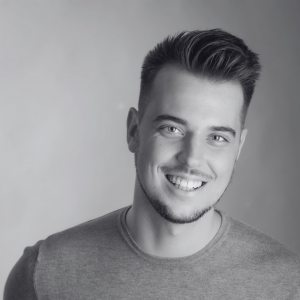 When conducting a survey for financia.io, we asked participants to rate their knowledge of personal finance. With little surprise, results were orbiting around an average rating of 5.9/10. This made us think that maybe there could be some blur around the notion of personal finance. One of our hypotheses was that people, in general, were lacking financial knowledge.

We understood that we had some work to do to get people to understand that personal finance is a key, undeniable part of personal development. To us, it is a tool for reaching anyone’s dreams, nothing less. If you want to truly make correct use of money in life, you obviously have to center it towards yourself by asking questions of where you want to go (identify goals) and where you stand right now (current situation and context). People care about their finances because they want to enjoy things like buying a home, getting married, creating one’s dream job, having children, enjoying leisure time, holidays, … This is why personal finance has to be considered as a pathway for personal development. Both are hugely interlinked.

We identified our mission as raising awareness about how important it is for people to use their financial resources as a tool for their happiness rather than a condition for it.

We committed ourselves to build long-lasting financial mechanisms that enable people to focus on what really matters, value creation, happiness harvesting. Ultimately, the goal is to never have to think about money. The idea is not to forget money because it is abundant and one can afford to do everything he or she wishes, but because one is confident in his or her abilities to generate money at any stage of her life. Generating cash-flows and growing wealth over time is possible — all while enjoying other parts of life to the fullest. Professional and personal matters included.

‘When you understand that your self worth is not determined by your net worth, then you’ll have financial freedom’.

We love that phrase from Suze Orman because it encapsulates both sides of the matter, self-worth (personal) and net worth (finance). It gives you just the right incentive to make the difference and acknowledge that if your self worth is not defined by your net worth, then surely it’s about more than numbers?

It’s not about being rich. If you — not unlike many other people — believe that money doesn’t bring happiness and that ultimately it is not your net worth that will make you happy, then why would it be so hard for you to envision altering parts of your life to seek a happier version of yourself? I’m talking about changing jobs, going on a long trip, launching your own project, living your lifelong dream, and all those things that you have been pushing back probably because of financial (in)security and professional stability.

There is a very ambiguous conflict in how we are afraid to lose our job for the financial security but say that money is evil and that one should not seek it… Think about it. Many view the ones that are committed to making great wealth as demons. They tend to think that financially committed people perceive money as an end rather than a means while it is actually the opposite.

While the wealthy worked so hard to never think of money anymore; the non-wealthy think of money often because they live ‘paycheck to paycheck’: they have to, and it is not pleasant. They are financially dependent, even though it is not from their parents anymore but rather from their job and everything else. That forces them to perceive money as something bad because part of themselves desires a better situation that they cannot have. So they tell themselves that money is bad and should not be pursued.

Throughout my life, I realized that the people that discredited money were the ones that actually desired it the most. It feels wrong to view money as an end, I despise that way of thinking, many people do: but it honestly feels wrong to say that you cannot talk about money. I am fully aware that one of the books that I believe changed my life — Rich Dad, Poor Dad by Robert Kiyosaki — helped me with so many things, but it also taught me to accept the mindset that I already had. It reassured me in the sense that I desired money for the fact that it would allow me to basically do what I wished to live in life and that there is nothing wrong with that.

There is nothing wrong with wanting to be financially comfortable and allowing yourself to be an entrepreneur, which certainly requires to pure your finances to work. Money is out of the equation, you solved the problem and now you can move on to helping others. Guess what this requires? Having tons of money that you can focus on other things and spend to build things when you need it. But does that make it egoistical or wrong? I don’t believe so. In fact, I believe it to be quite the opposite.

I started to allow myself to think that I wanted to become a comfortable millionaire because it was the lifestyle that I wished to pursue. Not the jets and the supercars. But traveling, building businesses, and working for no other person than myself. A lifestyle that suits me.

Why would I prevent myself from living that? Because it requires financial efforts? No, instead let me learn how to generate wealth. I do not wish to be stuck because of some principle. I seek to be happy. What will make me happy is not to have money, but it is to not think about it anymore. My person — at that point — is not to be judged according to my net worth, but rather in terms of all of the possibilities. The freedom that I would be enjoying. And of course, my (mental) health.

I believe that so many misconceptions exist in the personal finance world. Notably the notion of ‘worthiness’, which is entirely subjective. This is why we decided to specialize in helping people get a grasp of their true situation, not only economically, but also consider all of their personal assets, personalities, character traits, experience, passions and aspirations, network and relationships, … All of these matters that constitute a human being and define your true contribution to the society you live in.

Acknowledging your strengths and weaknesses is paramount to grow confidence in your abilities to generate all the good things you aspire to in life. That is why it’s not all about numbers, and no financial advisor will dare tell you that.

Did you enjoy the content?
PrevPreviousLife as a business model
Next10 ways to boost your financial situationNext