Crypto: how not to be bothered by what the future holds

So what can we expect from the future of the cryptocurrency market? We share our thoughts and explain why it should not be a worry to anyone. 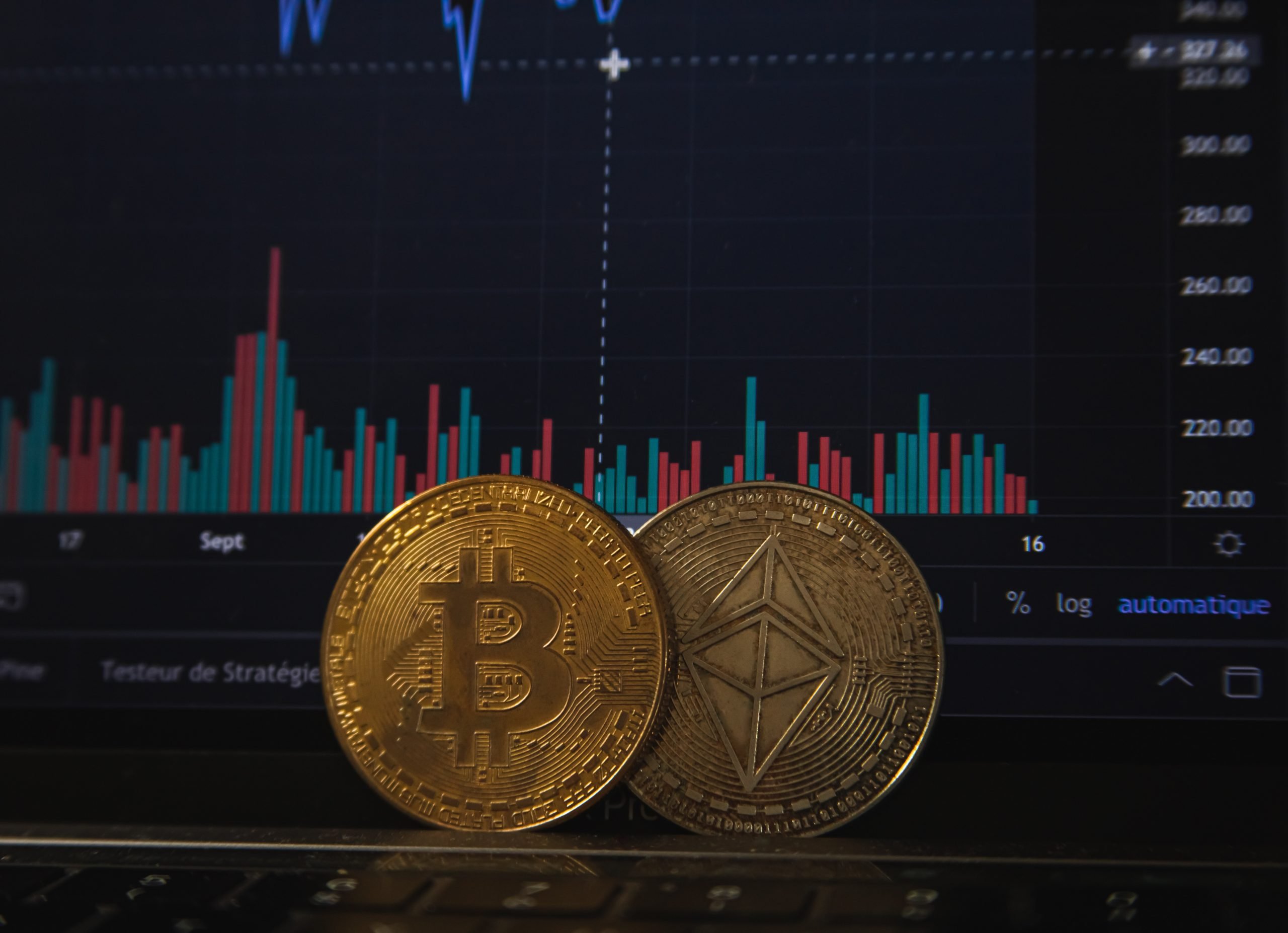 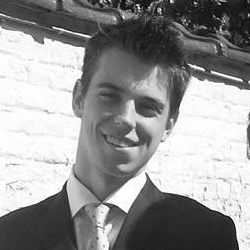 After the incredible “bull run” of November 2020 to May 2021, will we see another one? But is that such a thing of importance? Is it a prerequisite for financial growth? Not necessarily.

1. The past, and the future

Those who have been in the cryptocurrency space for a long time have been riding their waves to (almost) perfect success. Cryptocurrencies are viewed by many as simply unregulated and utterly volatile assets. Not that it is not—to the profit of the best traders out there—but what are they to serious investors? In the long run, they have all been winners, at least they recently were, as anyone that had ever bought in Bitcoin was in profit. The particularity of the crypto markets—working in close to perfect cycles—has been nothing but guidelines for those with more experience. Seasons were the perfect way to execute the “buy low, sell high” strategy over a long period of time: months or years. As newcomers are drawn to try to repeat the same gains, many are left biting the dust for they forget to differentiate what is trading (or gambling) and investing. Brainwashed by crypto influencers, they expect the moon within weeks and discredit the whole industry as a consequence.

In all honesty, cycles are somewhat of a truth. It only takes you to look at the historical graphs of Bitcoin, and some of the others. So many indicators help you understand how cryptocurrencies rise and fall in relative accordance; periodically rising to higher highs before falling to higher lows. Everything is almost predictable. The upward trajectory is clear although it takes the form of logarithmic curves with diminishing returns. That being said, it seems rather evident that in the short-to-mid-term, all movements are perfectly random. It seems so easy to try to predict a certain price, but that is where you get burned. Even worst, predicting a time frame for success can lead you to be in a situation in which you need your funds back, but all of your wins are gone or turned to losses. This is what does not seem logical to an investment banker, you see. They watch that from a distant place and believe that this is all perfectly speculation. Everything seems unstable to them and they cannot see what is truly behind it. If you want to be more clever than they are, it won’t be by trading sh*tcoins.

You can see it in the media as well. They do not quite get it. Titles such as “China bans Bitcoin” or “Tesla changes its mind” make it seem like something important is happening in Bitcoin land. In reality, nothing really moves the price except short-term sentiment, supply and demand as well as a sprinkle of market manipulation. Even if the news did, in fact, move the price, it would not matter so much. When El Salvador made Bitcoin legal tender, Bitcoin did not move, at least by its standards. How misleading is this? A country just recognised Bitcoin as a valuable medium of exchange. What does that tell you when such huge news—paving the way for other similar ones—do not seem to impact the price positively? That’s because cryptocurrencies move silently. Bull and bear cycles are not a reflection of adoption, nor of demand, at least in the long run. They are there, as a lure to make you think that big rises mean adoption and big drops are people running away from the technology. In reality, adoption is constantly growing. When the price drops, it’s not the technology that fails, that does not turn head anymore: it’s the market.

Remember that news has a tendency to follow the price, not to make it. That’s common knowledge in finance. A newsroom is looking for reasons to explain what happened in the markets, to then stick the label they deem fit on it. It’s their business. Imagine how the newcomer feels when, 2 weeks after buying bitcoin for the first time—with all the good reasons in mind—she reads that China has banned Bitcoin and that Tesla does not want it anymore. At that point, she does not realise that China has “banned Bitcoin” for the 17th time and that Elon Musk’s Tesla cannot be associated with anything else than “green energy” for PR reasons. It all seems so dooming, so apocalyptical. Should she then sell at a (large) loss? Or should she remind herself that she went in it for the long-term, because she believed in all future implications? It’s true that questions may arise, but it’s up to the investor to understand if something has truly changed, or not. Most of the time, nothing has.

Does it really mean anything to you that wants to invest a couple of thousand dollars if I tell you that we might see another rise in the coming weeks or months? If I give you a price estimate for you to compute a potential gain? Would that even be worth it with the capital gain taxes that you probably have to pay on it? Best remembering that the road to financial independence is a long, virtuous one. It has to be seen differently than doubling a couple of thousand bucks that you would spend on your next summer holidays. 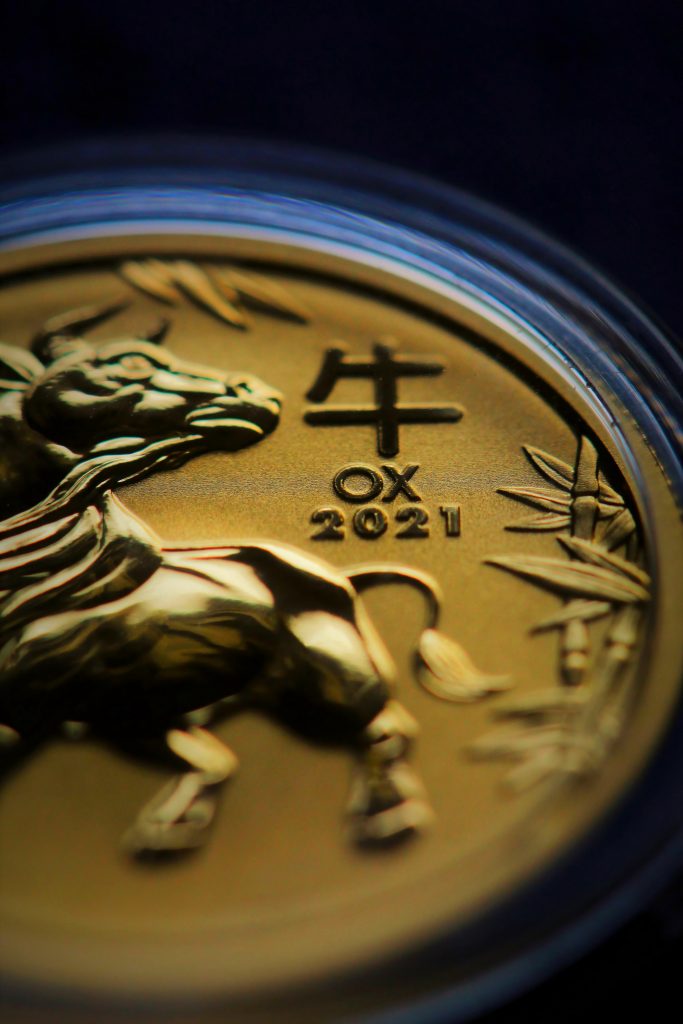 2. Cryptocurrency matters, but for the right reasons

At financia.io, we’re strong supporters of cryptocurrencies, not only for they represent a very good investment opportunity, but also because they are the founding stone of the next generations. From a financial standpoint, we do not encourage anyone to try to make money quickly through cryptocurrencies, because we do not believe it to be a sustainable way of creating wealth for yourself. That does not mean that we do not perceive it to be your best chance to financial independence. But all things come at a price and the price of financial independence through cryptocurrencies is certainly patience combined with persistence. Nothing beats the good old “Dollar Cost Averaging” (aka “DCA” which refers to buying into the markets continuously, for a long period of time), especially if everything you buy is never sold. Imagine buying into a deflationary currency for 30 years as you save for retirement. Not only that will protect you from inflation, but it will also work great in your favour. Imagine earning extra interest on that.

From a technological point of view, blockchain—the technology cryptos are built upon—is arguably as important as the creation of the Internet, the discovery of electricity or the invention of the printing press. It’s simply ground-breaking for all of the things that it can improve in today’s society. As we’re busy implementing blockchain in many industries including law, supply chain, real estate, art, … The world is discovering the most advanced use-cases of blockchain through the finance industry. With blockchain comes decentralised finance, giving everybody a chance to become their own financial advisors, bankers and central bank at the same time. Never before, were we able to make our own monetary policy. A progress that is not to be overlooked. One that does not deserve to be left aside because it is deemed “too volatile”.

We urge new investors to truly understand why there are two sides against all ground-breaking changes (cryptocurrency and blockchain are not the first ones). But also why new, technologies that are adopted by minorities are typically overlooked and deemed useless by the majority—full of dinosaurs—that does not understand it. Once you get a grasp of all of that: you will be set for long-term financial success.

We've got you covered. financia.io is working on a free to use all-in-one dashboard to track your personal finances. All of your progress integrated into one simple web app. Simple and free to use.​

3. The perspective you’d better have

As always, please do your own research and make sure to fully understand what you are investing in. Cryptocurrency is unfortunately full of scams, but that’s not the only downside. “Good” projects will also—unfortunately—die out of “natural selection” as thousands of projects will present themselves as more efficient. If you invest for the future, make sure to place your trust in what you believe to be persisting. Just like you would have placed your trust in innovating companies such as Facebook or Amazon more than a decade ago. Those investments would surely have covered for an investing “mistake” à la Blackberry, Nokia, Blockbuster or Kodak.

Cryptocurrency can be an eldorado, although nothing guarantees that it will become one within two years. It requires research and vision to potentially make something life-changing out of it. As always, make sure to mitigate your risk by not leveraging your position and by making sure that you diversify your investments within a category (ex. crypto) but also between categories of investments (ex. stocks, real estate, commodities, …).

The fact that we might still be or might not be in a bull cycle, the fact that Bitcoin’s 4-year cycles might (not) be sustainable, should not be of importance to investors. This is true for cryptocurrencies, but not only. You are probably not trying to become a trader. Even on monthly time-frames. If you’re unsure, know that this is something that we discourage. We could call it gambling, it could have all of the same consequences. There might be techniques, opportunities to make some quick bucks, but in the grand scheme of your financial situation, you are simply risking to roll back the years by losing what you were not prepared to lose. That has to be treated differently than building your future, with a flavour of cryptocurrency. One is luck, the other is vision. Make sure to ask yourself and to remember why you’re in crypto.

If you want to read more of these and be the first to test our free personal finance dashboard, leave your email down below!

-> Check out our other top blogs.

Did you enjoy the content?
PrevPrevious5 ways to get more out of life
NextRobert Kiyosaki’s legacy: adjusting our classical view of assetsNext